Laos is a mountainous country with a rich history that stretches back 10,000 years. With Buddhism as its main religion, there are hundreds of Buddhist monasteries, temples and stupas in just about every city in Laos, with the most popular ones scattered across Luang Prabang. This Southeast Asian country also attracts travellers looking to take it slow and enjoy a relaxing view of mountains and untamed natural beauty. If you’re an adventurer at heart, Laos’ lush jungles are home to miles of scenic trails, underground river caves, and waterfalls. 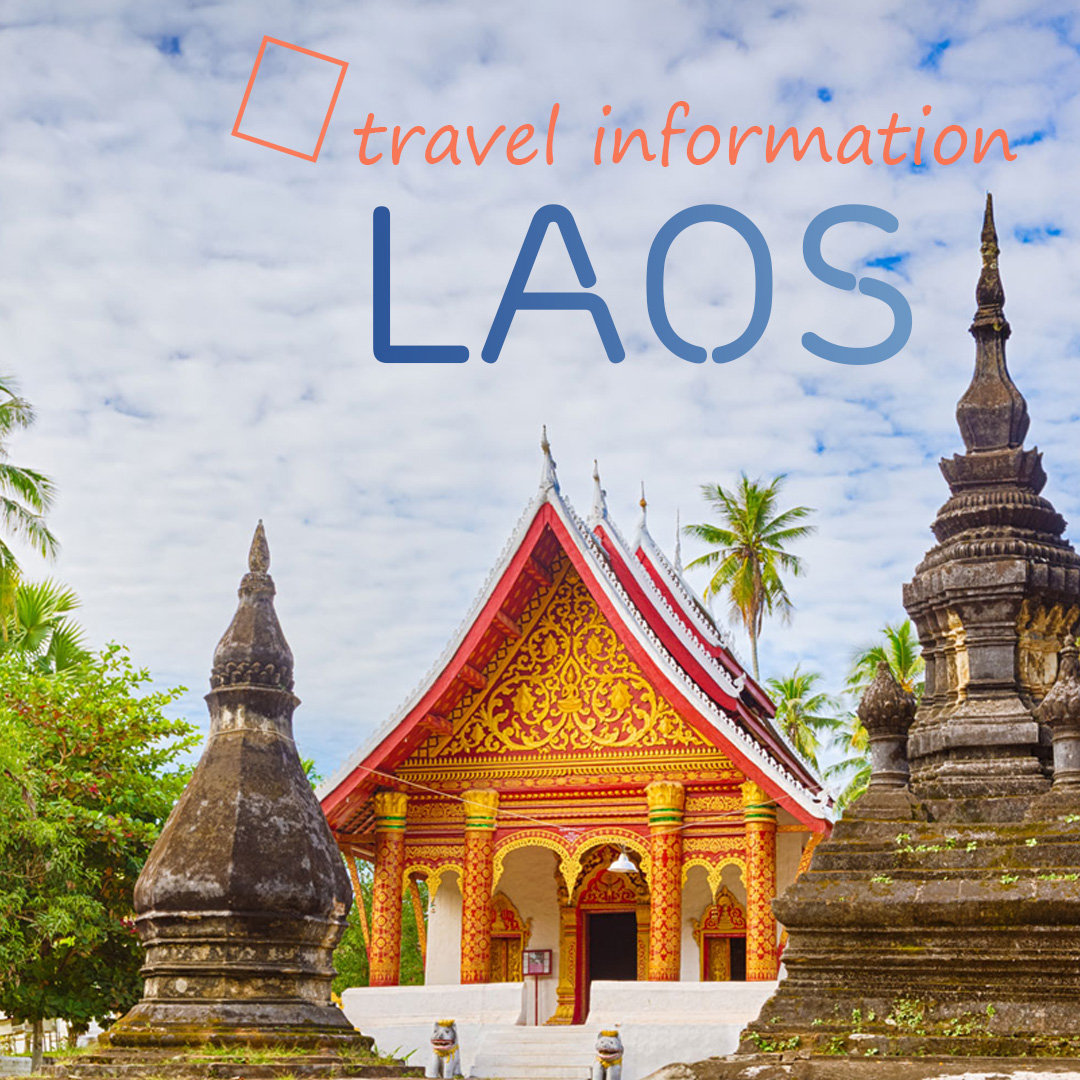 All visitors entering Laos must possess valid passports and visitors from non-ASEAN countries require a Visa. Visa can be obtained for 30 days from Lao Embassies and Consulates abroad. In addition, visa can also be obtained on arrival at international border checkpoints. The visa fee varies from between US$20- 45 depending on the agreement with the various governments. It is possible to extend the visa at the Immigration Office in Vientiane Capital and through travel agencies.

Tourists can apply for Lao visa online at Lao Official Online Visa website www.laoevisa.gov.la. The website is owned and operated by the Ministry of Foreign Affairs of the Lao PDR. Lao eVisa processing time is approximately 3 working days. The validity of Lao eVisa is 60 days after getting the approval letter. It is a single-entry visa with the stay permit of 30 days.

Customs inspections at ports of entry are lax, as long as you’re not bringing in more than a moderate amount of luggage. You’re not supposed to enter the country with more than 500 cigarettes or 1L of distilled spirits. All the usual prohibitions on drugs, weapons and pornography apply.

Laos generally enjoys a mild tropical climate, but it can get quite chilly in the cool season. Temperatures range from 10-40 degrees celsius in the Mekong Valley.

When is the best time to visit Laos? The small, landlocked country of Laos is best visited between October and April, when the weather’s warm and dry throughout. River travel is best between November and January, when high water levels make passage easy along Laos’ main waterway, the Mekong River.

The national language is Lao, but English is commonly used in major tourist centers. Chinese, Vietnamese and Thai are widely understood. French, German, Russian and  a number of other European languages are also spoken by many educated Lao as many students received higher education in Europe during 1970’s-1990’s.

Credit Cards: Visa is the most commonly accepted. Master Card and American Express are accepted in the big hotels, restaurants and souvenir shops in the large cities (such as Vientiane, Luang Prabang, Savannakhet and Champasack).

Air: There are many flights to many domestic destinations and a number of regional capitals. The international airports in Vientiane Capital, Champasak Province, Savannakhet Province and Luang Prabang Province have regular service to major cities in the region. …..

River: Another way to travel around Laos is on the Mekong River or one of its many tributaries. Luang Prabang Province is commonly accessed by riverboat from Houay Xay Disrtict (Bokeo Province), and if you are heading north to Luang Namtha Province, a two-…..

Road: Getting around Laos is getting more and more convenient each year following major roads and airport. There is daily bus service from Vientiane to all major provincial capitals and local buses and “songtaeow” available to more remote districts and villages with ….

Lao people enjoy fresh vegetables and herbs, for this reason they appear in almost every Lao meals. Meat and fish are usually grilled or steamed as a result, the famous are fresh and the dishes low in fat.

Internet access is available in many hotels, guesthouses, and restaurants in big cities. Although internet cafes are often available in provincial capitals, it  is difficult to connect to the internet in rural areas.

Opportunistic violent crime, such as robbery, occurs occasionally in urban areas. Muggings and sexual assaults are reported. Pay attention to your personal security, especially at night.

Petty crime, such as theft and bag snatching, is common in tourist areas. Theft and violent crime increase in the lead-up to festivals, such as Lao New Year in April. Safeguard your belongings in crowded areas.

Scams and fraud are common Some motorbike rental companies run scams that could cost you 1000s of dollars. Use a well-known hire company. Don’t use your passport as a deposit or guarantee. Check for skimming machines before using ATMs and keep your credit card protected at all times.