Vientiane, the capital, economic centre, and largest city of Laos, is situated on the Mekong River near the Nong Khai border to Thailand. With a population of around 800,000. Vientiane has been the nation’s capital since 1563, after fears of a Burmese invasion in the north. Vientiane has a very laidback and friendly atmosphere, in stark contrast to the chaotic, bustling capitals of countries elsewhere in Southeast Asia, more akin to a large town than a major city. 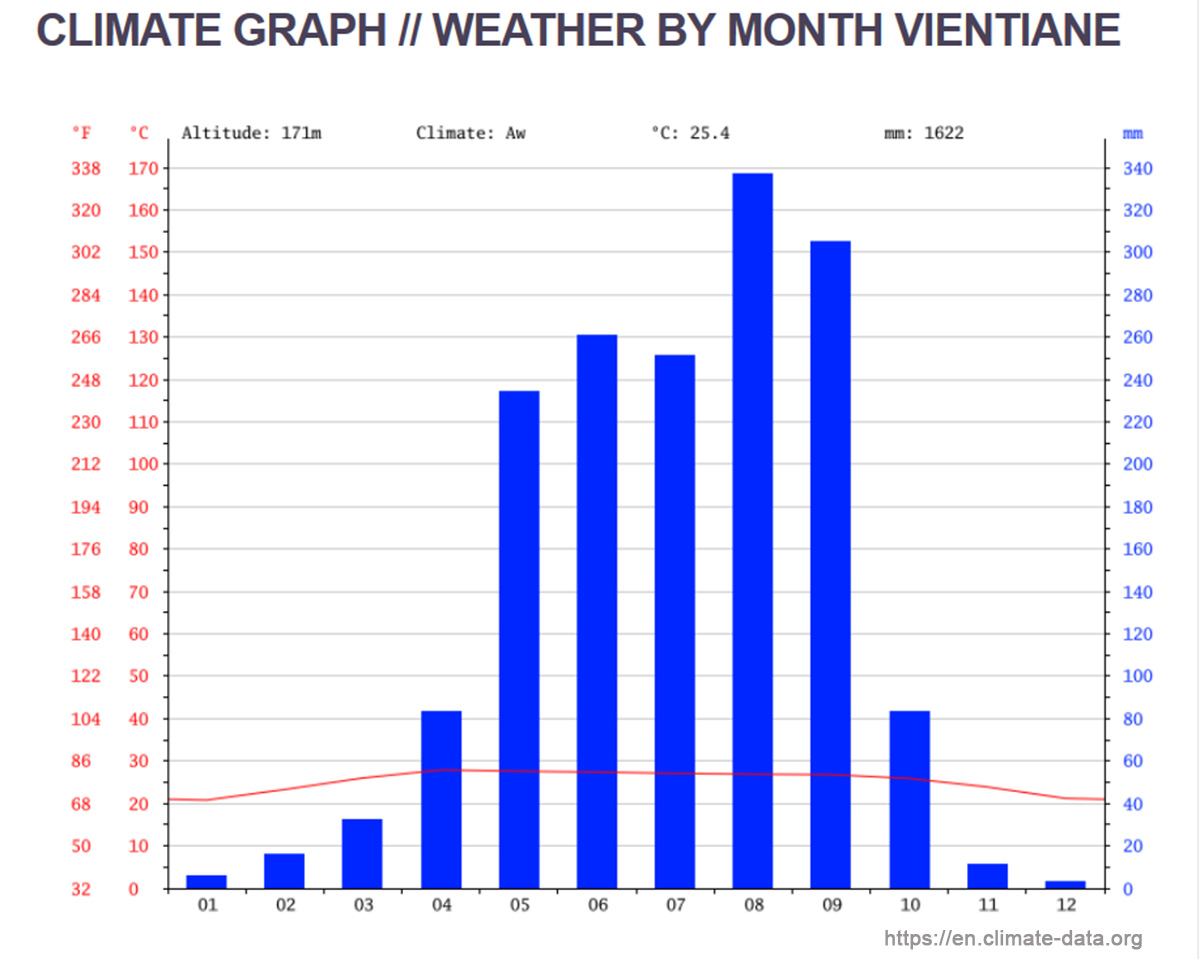 Places to visit around Vientiane?

Although still a small city, but the capital attracts many tourists. Vientiane contains many temples and Buddhist monuments. A popular attraction for foreign visitors is Pha That Luang, an important national cultural monument of Laos and one of its best known stupas. It was originally built in 1566 by King Setthathirath, and was restored in 1953. The golden stupa is 45 metres tall and is believed to contain a relic of the Lord Buddha. 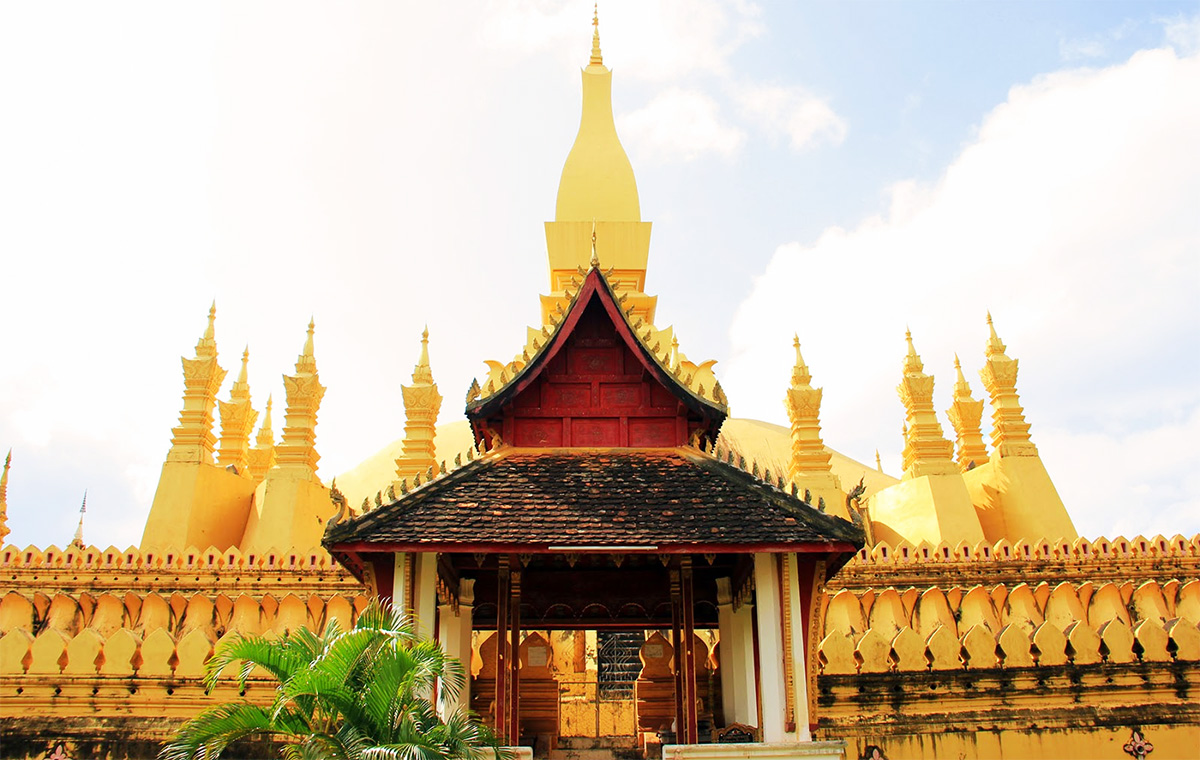 The site of That Luang has been builtin use since the year 236 of the Buddhist Calendar (307BC). When the first governor of Vientiane, Phaya Chanthabouri Pasitthisack or Bourichan built a structure that looked like a kiln of about 9 meters high and 10 meters wide.

The original stupa was built on the site in 1566 by King Saysetthathirath, and was restored in 1953. The golden stupa is 45 meters tall and is believed to contain a relic of the Lord Buddha. The gold centerpiece of this stupa echoes the curve of an elongated Lotus bud. Today it is the most important national cultural monument. 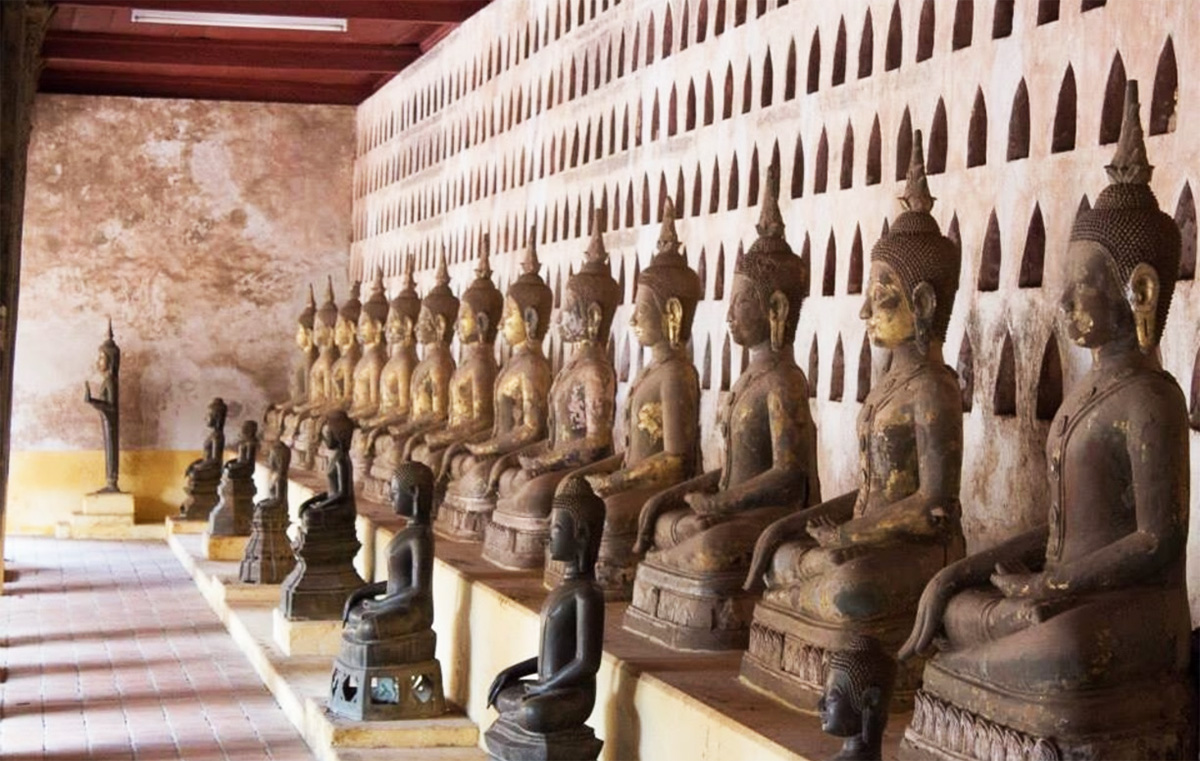 Sisaket is the only ancient templeremaining intact after the destruction of the Siamese in 1828. It’s located in the center of the old city,where it was built in 1818 by King Anouvong. The old monastery stands intact in its original form and certainly is one of the most interesting in the country. Inside the main hall, the courtyard walls house hundreds of little inches and shelves containing a total of 6,840 Buddha images. 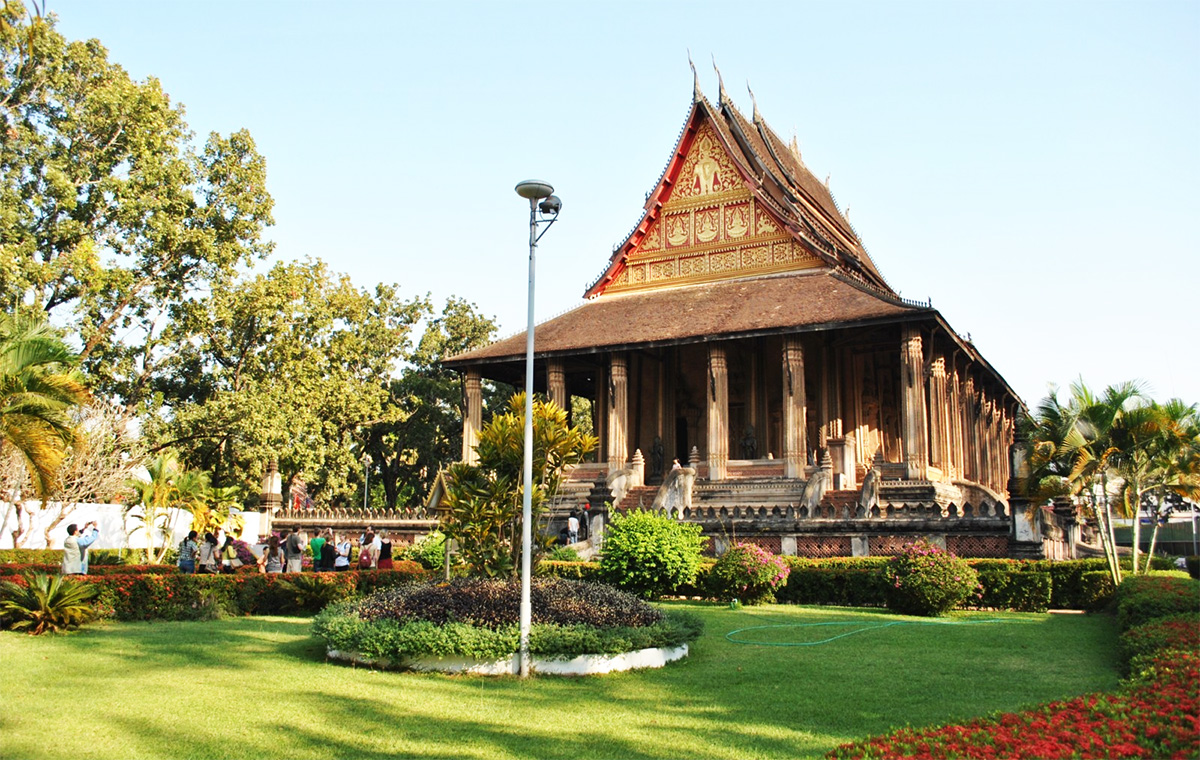 Originally, this ancient temple was built in 1565 by King Xayasetthathilath to house the Emerald Buddha 1565-1779 (lost to the Siamese in 1828) as his personal place of worship. It was reconstructed in 1936. For this reason and unlike other temples in Laos, monks have not taken up residence here. During the 1970’s, the temple was converted from a place of worship into museum and now houses the finest national collection of Buddhist sculptures and artifacts. From the terrace of HorPhra Keo, one can enjoy a view overlooking the president’s Palace (former Royal Palace) and garden. 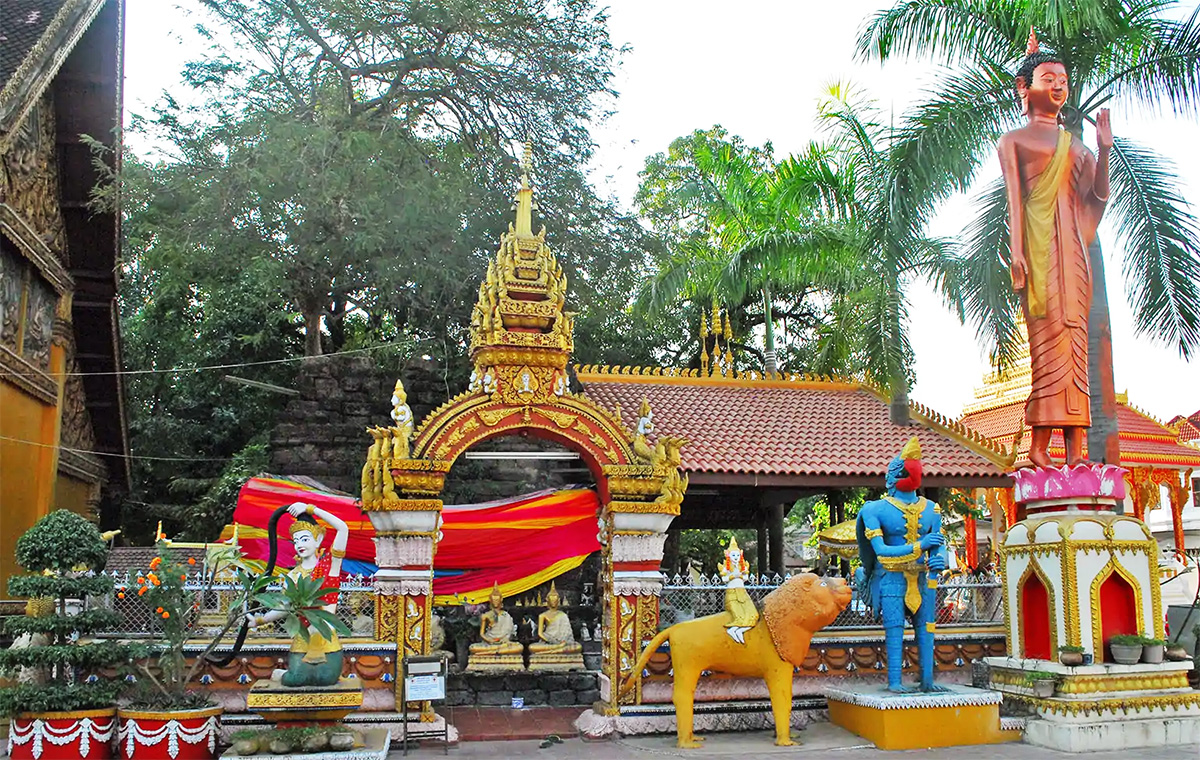 Simuang Temple is one of Vientiane’s most popular sites of worship, and offers a fascinating insight into how old animist beliefs have blended seamlessly with Theravada Buddhism.

The original city pillar of Vientiane is found in Wat Simuang located in Ban Simuang village along Setthathirath Road. It was built in 1956 and is believed to be guarded by the spirit of a local girl called “ Si ” Local legend has it that Nang Si, who was pregnant at the time, leapt to her death as a sacrifice, just as the pillar was being lowered into the hole. A very colorful Phasat Pheung (wax pavilion procession) attracts large crowds to Simuang Temple, taking place just two days prior to the That Luang Festival in November.

On a daily basis, Wat Si Muang attracts crowds of local Buddhists who want to benefit from its ‘good luck’ powers. It is commonly thought that if you pray for something here and simultaneously make a promise, your wish will be granted, providing you return and fulfill your promise. 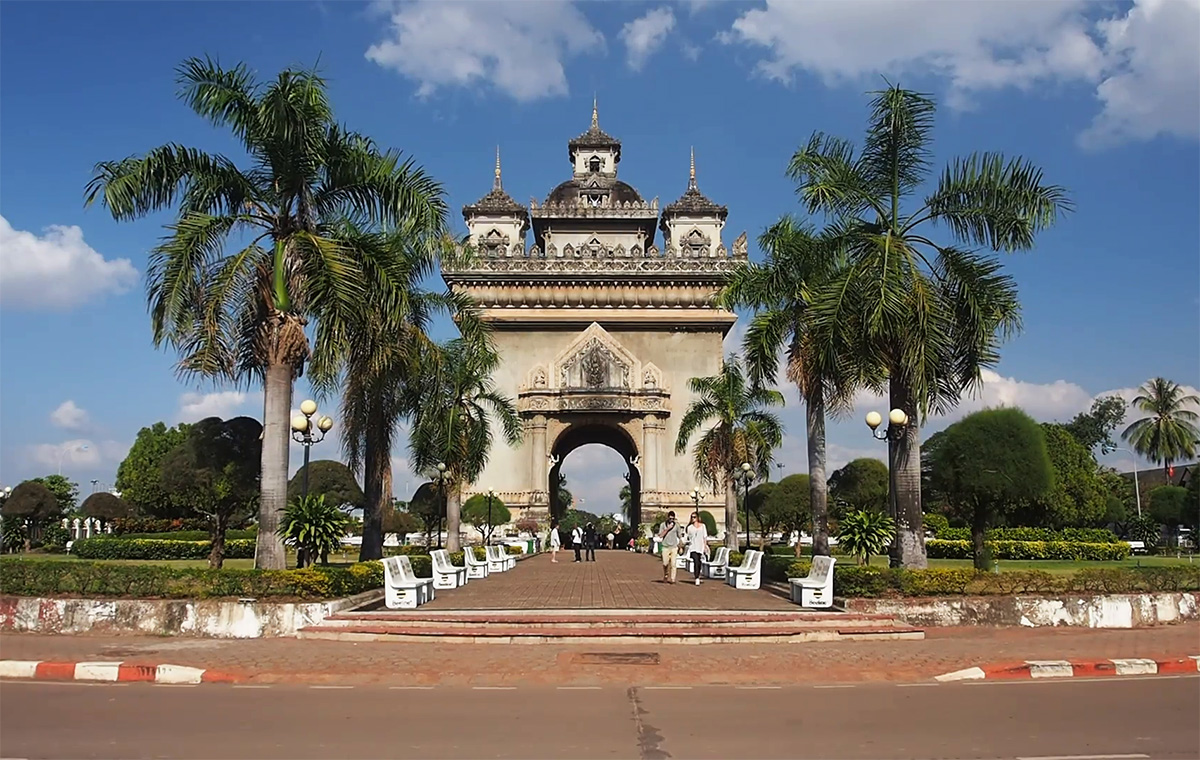 The memorial monument, Patuxay, was built in 1957 and is perhaps the most prominent landmark in the city. It is situated on Lanexang Avenue. While the arc de Triomphe in Paris inspired the architecture, the design incorporates typical Lao motifs including “Kinnaly”, a mythical bird woman. Energetic visitors can climb to the top of the monument, which reveals an excellent panoramic view of the city. 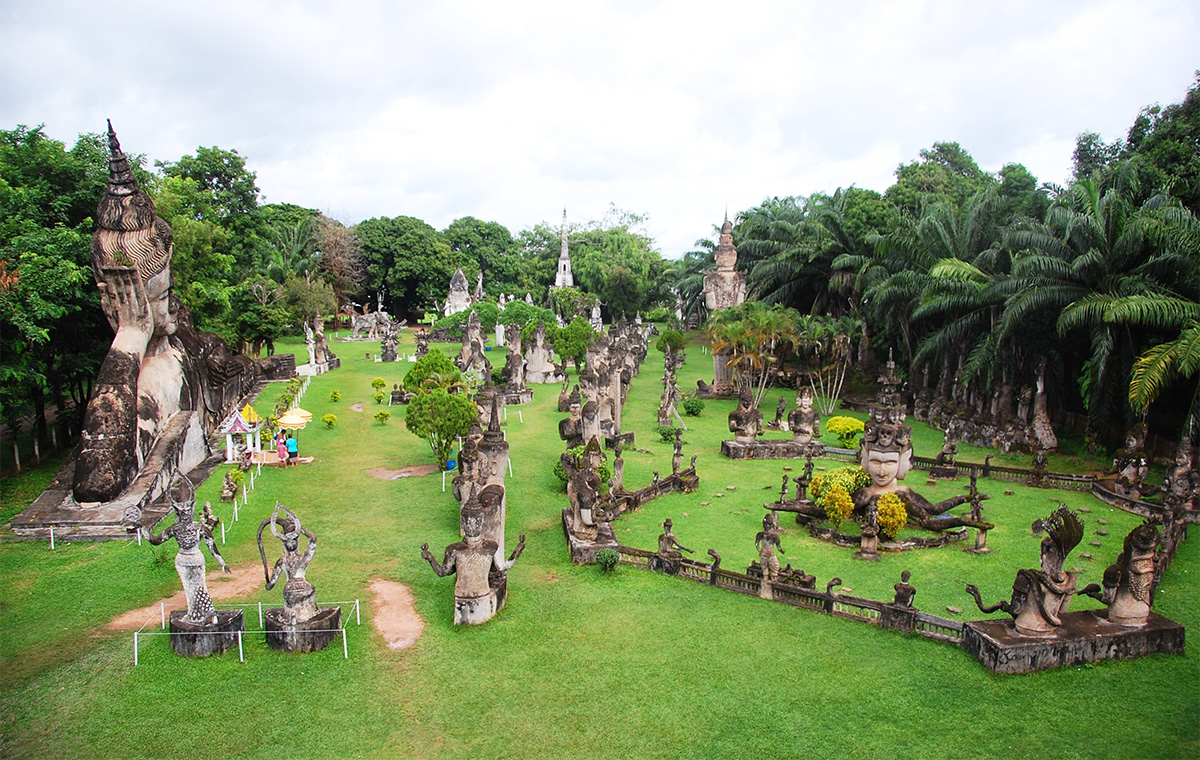 Buddha Park is a famous sculpture park with more than 200 religious statues including a huge 40-metre high reclining Buddha image. The best spot for photography here is on top of the giant pumpkin structure standing about three stories high. The entrance is crafted to look like a demon’s mouth (about three metres high) with a stone ladder inside leading to a bird’s eye view of the entire Xieng Kuan Park. It was built in 1958 by Luang Pu Bunleua Sulilat, a monk who studied both Buddhism and Hinduism. This explains why his park is full not only of Buddha images but also of Hindu gods as well as demons and animals from both beliefs.

The most outstanding ones include Indra, the king of Hindu gods riding the three-headed elephant (aka Erawan and Airavata), a four-armed deity sitting on a horse and an artistic deity with 12 faces and many hands, each holding interesting objects. They are all equally impressive not only because of their enormous size but because they are full of interesting details and interesting motifs. There is a local eatery and café offering food and drinks to tourists at one end of the park right next to the Mekong River that makes a great spot to chill after all the walking and climbing. Among the popular snacks are papaya salad, fried bananas and cold Lao beer. It also has a souvenir shop and restrooms. There is a small fee for entering the park as well as for photography. 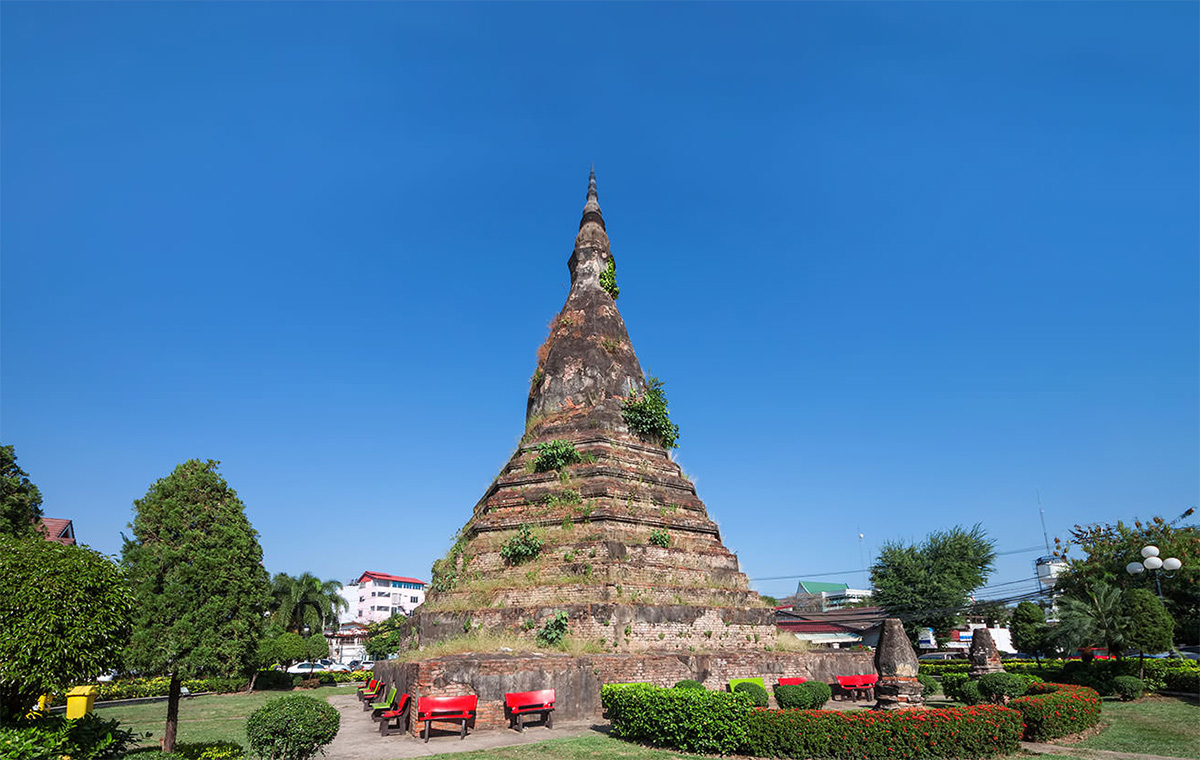 That Dam or Black Stupa in Vientiane Capital is one of the few ancient stupas that remains after the Siamese occupation in the 17th century. It is located in the center of the town and has become one of the most popular city landmarks. It is quite an interesting sight in the middle of what is quickly becoming a modern city. Since it has not undergone any renovation, vegetation has started to grow out of it which adds to its charm. According to legend, the Black Stupa was built in the 16th century and it is believed to be the home of the seven-headed dragon that struggled to protect Vientiane, her people, and the entire kingdom from Siamese invaders in 1827.

Where to stay in Vientiane?

In Vientiane Capital, there are 203 hotels, 8  resorts and over 197 guest houses. With prices from 80,000 kip to 16,000,000 kip per night, there are choices to suit the needs of everyone, from the budget traveler to those who wish to enjoy their holiday in style. 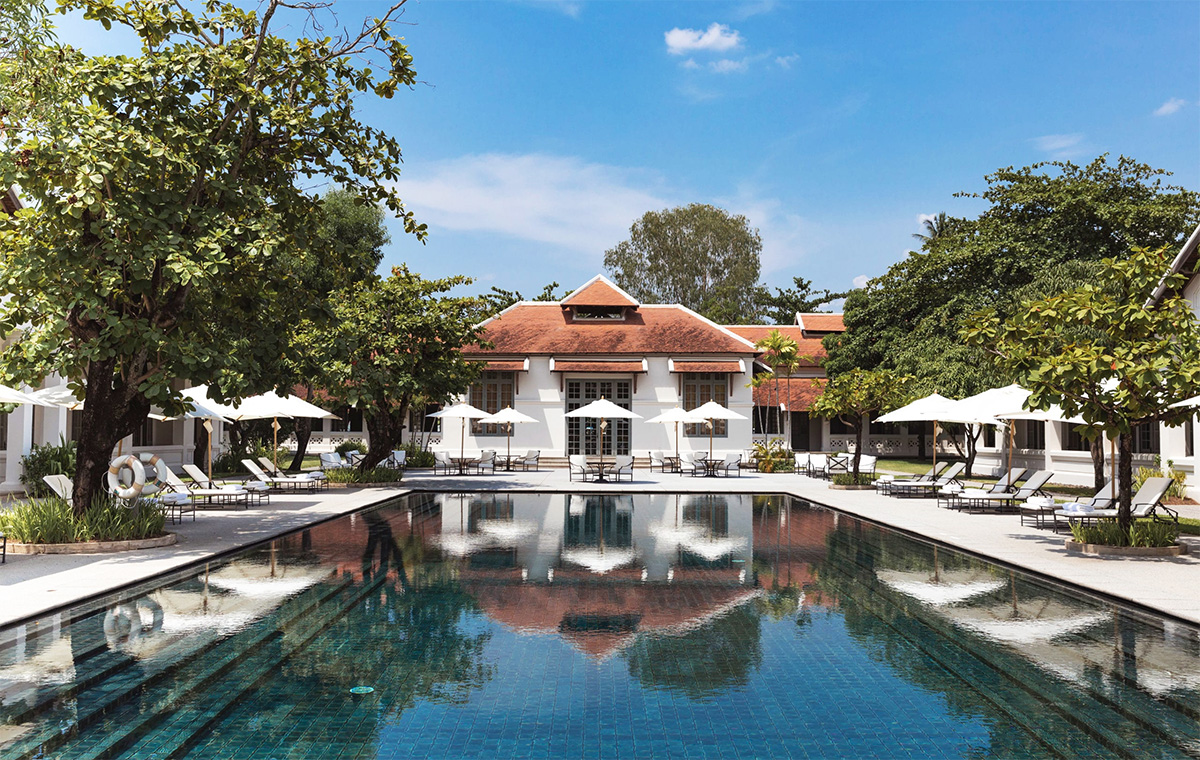 What to eat in Vientiane?

When you get hungry try the nation’s signature dish, tam mak-hung (spicy green papaya salad), laap (spicy minced meat salad) and ping kai (fried chicken). For its size, Vientiane Capital is surprisingly multicultural and has excellent French, Indian, Thai, Chinese and Vietnamese restaurants that serve both Lao and specialty dishes. Quench your thirst with a refreshing Beer Lao or fresh fruit shake from one of the many small restaurants found along almost every street in town. At dusk, find a spot along the Mekong promenade to enjoy an amazing view of the sunset over the river. Special guests can hire room for: a hosting birthday party, party and business meeting during meal time. 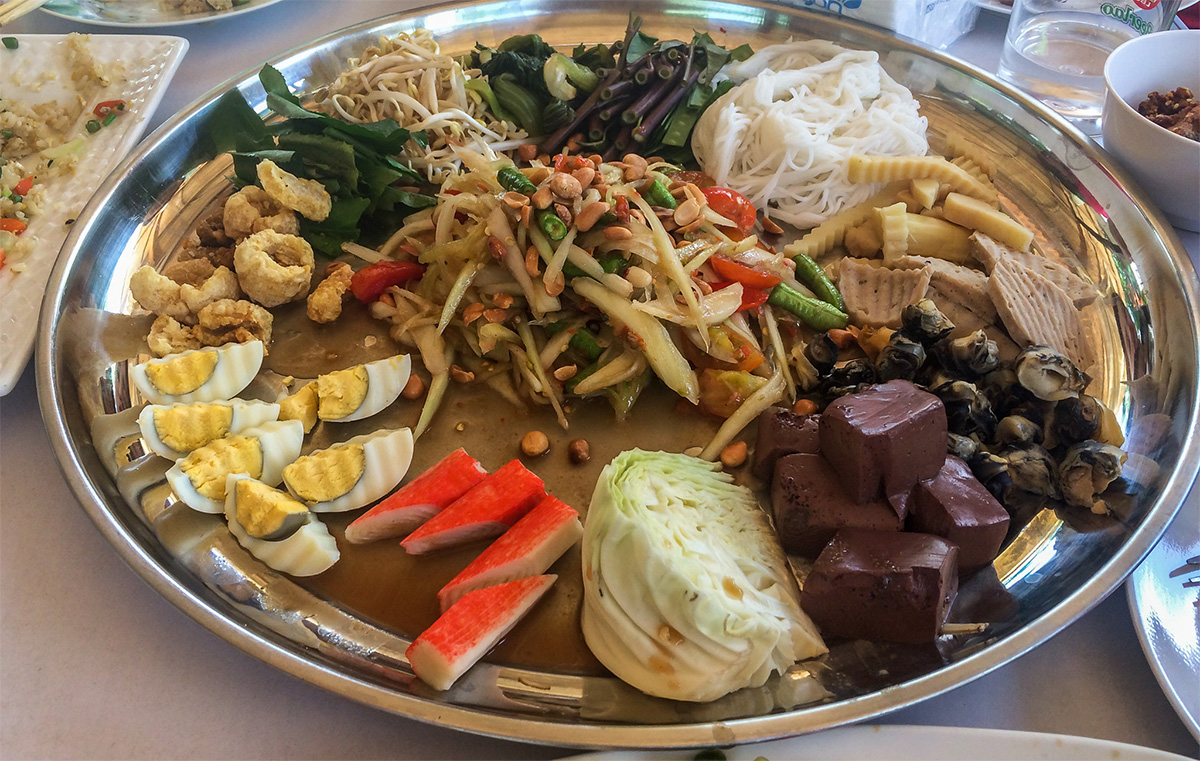 Suggested places to eat in Vientiane

How to get to Vientiane? 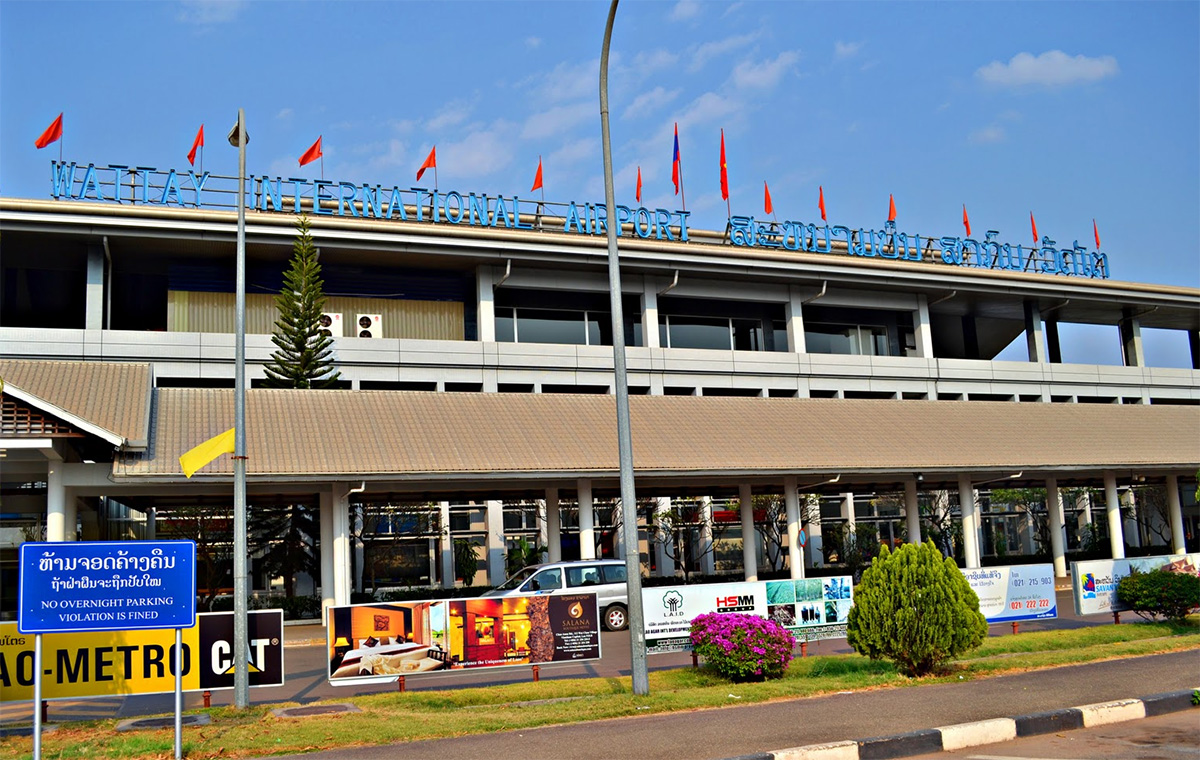 Laos is a convenient hub for travel in the Indochina region. Vientiane Capital is the main point of entry for Lao PDR. Most visitors to the country come either through Wattay International Airport, or the Friendship Bridge 18 kilometers away. The majority of tourists come from Thailand, either overland from the border town of Nong khai, or by air from Bangkok.